Belgium’s Thomas Detry fired a flawless 5-under-par 67 to get to 10-under-par and lead by one stroke ahead of Robert MacIntyre at the half-way stage of the OMEGA Dubai Desert Classic with the likes of Tommy Fleetwood, Paul Casey and Lee Westwood all positioned nicely within three shots.

Detry is yet to drop a shot in 36 holes, making five birdies on each of the two days so far, and is looking forward to the weekend as he chases a first European Tour title.

“The first thing that comes to my mind is that I am bogey-free, which on this course is a pretty good achievement,” said Detry. “I’ve been playing some really good golf, keeping it in the fairway, hitting the greens and getting up-and-down a couple of times, so I’m very pleased. I’m going to take the exact same approach into the weekend because it’s been working really well.”

Scotland’s MacIntyre sits at 9-under-par after he followed an opening 67 with a bogey-free 68 on day two.

“It wasn’t as pretty as yesterday’s round, if I’m being honest – it wasn’t as solid,” said MacIntyre. “But that’s the way golf is, you can’t have a 72-hole tournament where you hit it absolutely perfectly. You’ve got to be in the fairways because if you’re in that second cut of rough, it’s a lottery. It’s about finding fairways and greens and then trying to hole some putts.”

Fleetwood rolled in a superb eagle putt on the 18th to post a second consecutive 68 and is delighted with his position heading into the weekend as he lies in a share of third place alongside Justin Harding of South Africa and Finland’s Kalle Samooja.

“I’m really happy, it was pretty tough out there in the afternoon as the course firmed up,” said Fleetwood. “I played really well and felt in control for a lot of the day. I had to stay patient early on and realise that pars are good scores out there. It became a little bit more frustrating at times, but the eagle on the last put that right.”

Harding began the day in third place on 6-under-par and fired a 2-under-par 70 to remain in the same spot on the leaderboard.

“It was a weird day today,” said Harding. “I really hit it quite well and gave myself a bunch of chances but I couldn’t seem to make a putt. I’m happy with the way I played, I had good control, distance wise, and I was quite pleased with continually being able to plod along, giving myself some chances.”

Casey fired a 2-under-par 70 to follow his opening 67 while Westwood, three times a runner-up at the OMEGA Dubai Desert Classic, added a blemish-free 4-under-par 68 to a 69.

“I’d love to win it,” said Westwood. “I’ve come close a few times, it just seems like it’s eluded me. But all you can do is put yourself in with a chance coming into the weekend – and I’ve done that over the first two days. I’m not too far behind and anything can happen at the weekend. I’m looking forward to it.”

A group of seven players – including two-times Major champion Martin Kaymer – lies on 6-under-par for a share of 12th place with 36 holes remaining.

The round of the day came from Tyrrell Hatton, who bounced back from an opening 76 with a stunning 8-under-par 64 which included an eagle and eight birdies as he moved up 92 places on the leaderboard to sit at 4-under-par for the tournament.

“I’m pretty happy with that round of golf to be honest,” said Hatton, the World No.5. “Going out today the goal was to try to make the cut after yesterday’s disappointing start. So I’m really happy that I’m going to be here for the weekend. Hoping that I can push on now and see where we go.”

Attendance at the event is for invited guests only but the action will be beamed to a worldwide audience on mainstream broadcast sports networks and highlights and exclusive content will be shared on the OMEGA Dubai Desert Classic social media channels. 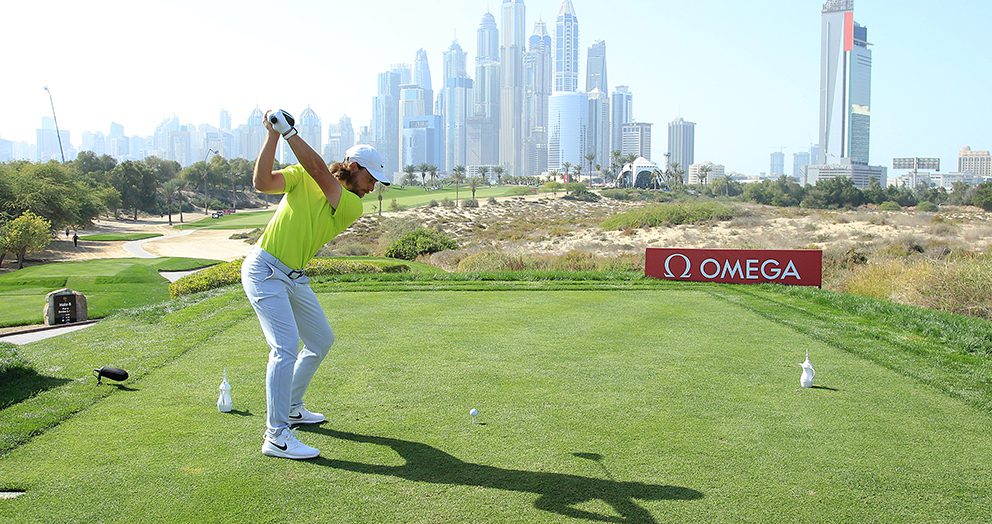 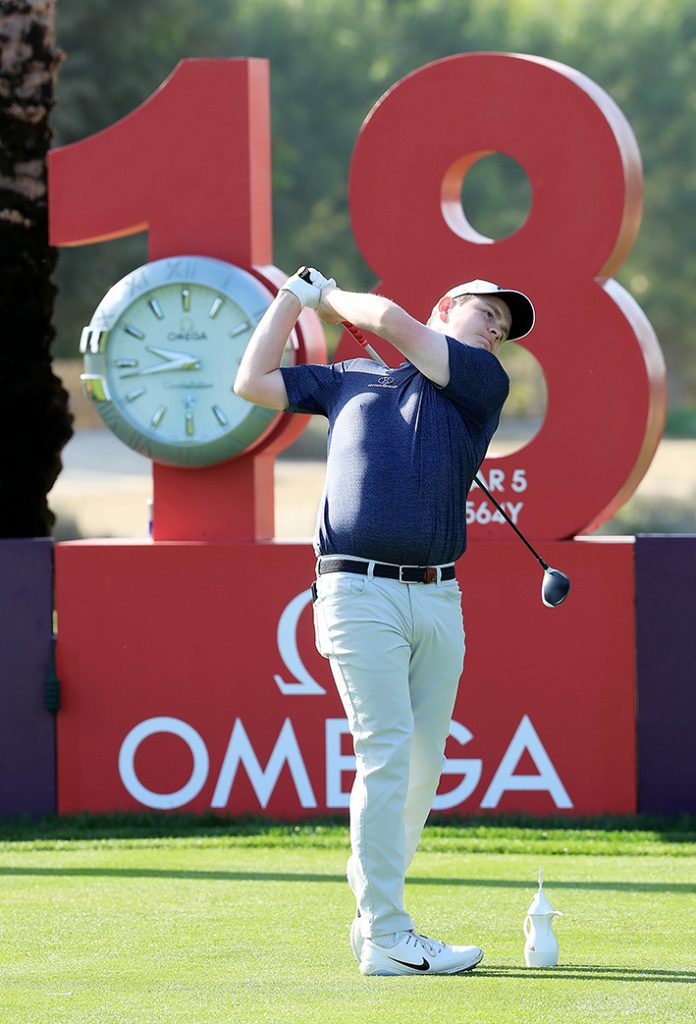 Omega Dubai Desert Classic Paul Casey superbly closed out his 15th victory on the European Tour with a confident four-shot win over Brandon Stone at the 2021 OMEGA Dubai Desert Classic.    The Englishman carded a 2-under-par 70 at Emirates Golf Club to win with a 17-under-par total, well clear of South Africa’s Stone with 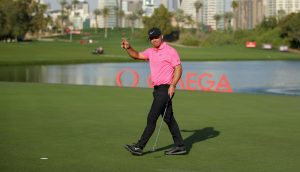 Casey produces a big finish to edge ahead in Dubai 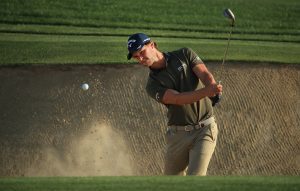 Belgium’s Thomas Detry fired a flawless 5-under-par 67 to get to 10-under-par and lead by one stroke ahead of Robert MacIntyre at the half-way stage of the OMEGA Dubai Desert Classic with the likes of Tommy Fleetwood, Paul Casey and Lee Westwood all positioned nicely within three shots.  Detry is yet to drop a shot 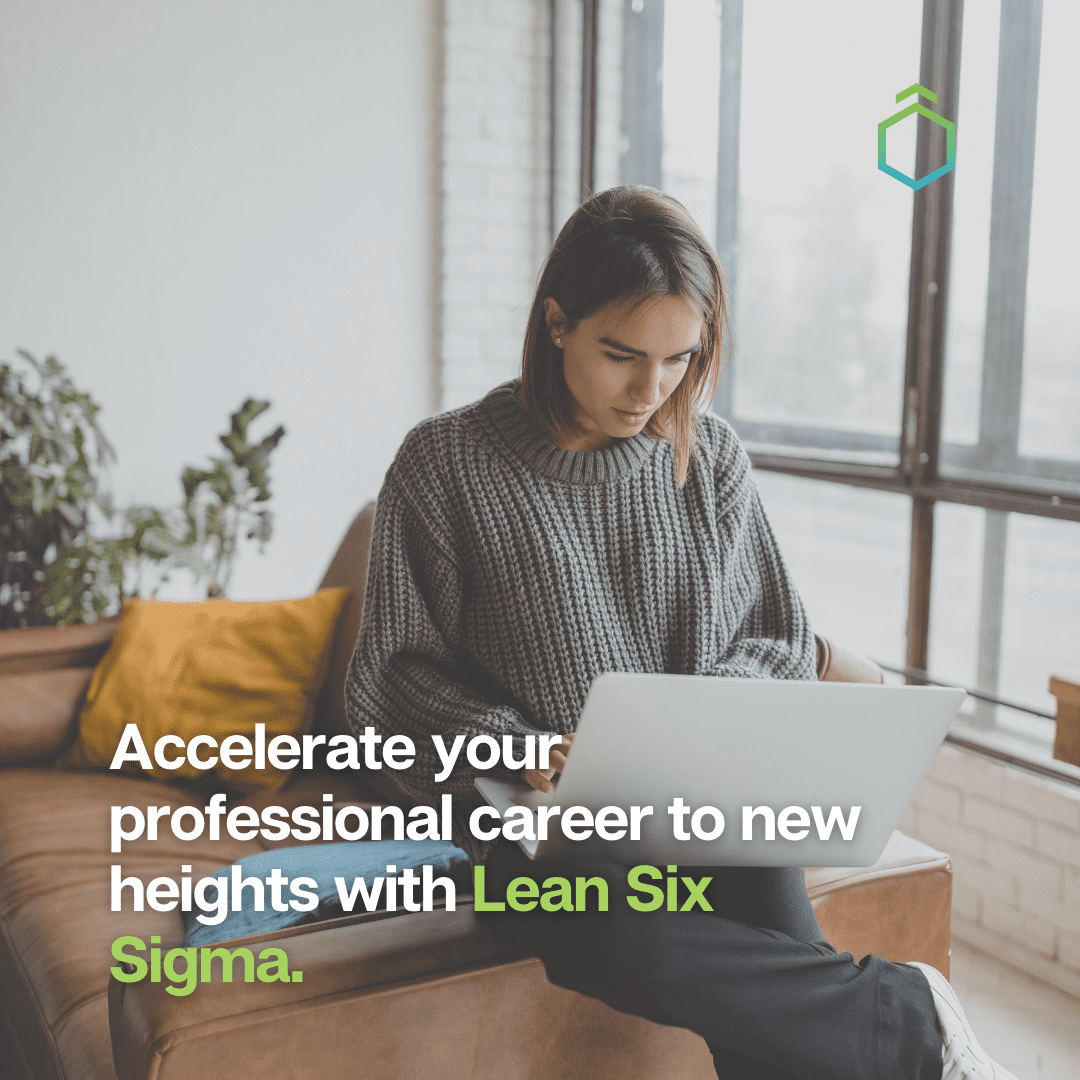 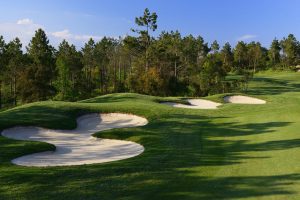 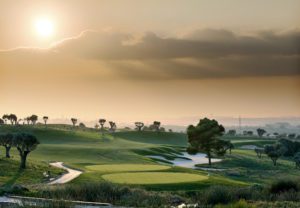 The Top 7 Golf Courses on the Balearic Islands 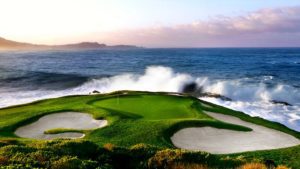 The Most Expensive Golf Courses In The World 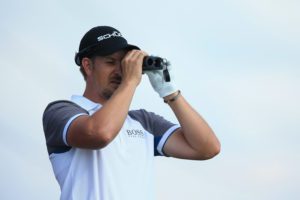 Top 5 Laser Rangefinders for any budget